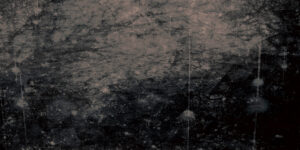 “tapping into signals from beyond, broadcasting into haunted cinemas…” 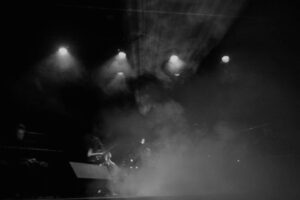 Their live shows are deeply atmospheric channelling events. The first channelling took place at OT301 – the old film academy in Amsterdam. There followed two Central European tours in 2014 and 2015 which brought the group to haunted sites in Vienna, Bratislava, Topolcany, Budapest, Ostrava and Zagreb. These tours featured collaborations with the Japanese filmmaker Makino Takashi, the Hungarian viola player Zsolt Sőrés Ahad, the Berlin duo Hacklander \ Hatam and the Australian cellist Anthea Caddy. More recent events include a spectacular channelling in the haunted cinema of Sokołowsko in Poland and an evocative performance about psychosis at the spooky Castel Nuovo in Naples. 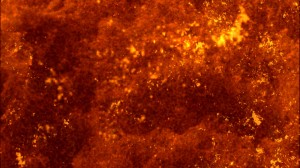 Since 2014, the channellers have been: 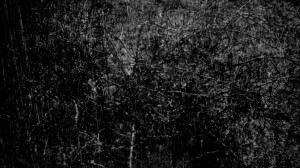 ‘In his 1970 book called „Expanded Cinema” Gene Youngblood defined one of the features of the genre by noting that the artistic practices tend to leave behind the „objecthood” of art and drift towards environments in which certain events and actions occur. In this sense, expansion of cinema means that the focus of attention cannot be limited to the screen and should include various ways of projecting sound, choreography, scenography, audience behaviors and others. For Inconsolable Ghost this space where extended cinema happens turns the latter one into a spiritual seance or audiovisual channelling. The history of tension between cinema and ghosts is itself older than the history of expanded cinema. Early cinema was full of paranormal activities that transcended the screen – trains run into the audiences, actors became ghosts in the room, music got out of the frame. Cinema from its beginnings had something of an occult machine to it and Inconsolable Ghost write one more chapter to it.’